Vehicle collisions with pedestrians are preventable. When injury or death results from a pedestrian being struck by a car, truck, or bus, the motorist responsible must be held accountable.

A pedestrian motor vehicle accident is a complicated event requiring the skills of an experienced personal injury attorney. A full on site investigation needs to be undertaken, surveillance videos may have capture the accident which must be rapidly obtained and reviewed, witnesses need to be interviewed; photographs of the intersection and roadway need to be obtained; and the vehicles computer module needs to be downloaded to obtain vital information about speed and breaking.

For over 42 years, the experienced pedestrian accident attorneys at De Caro & Kaplen have provided needed legal assistance to pedestrians struck by cars, truck, and buses on our streets and roadways. Our attorneys understand how and why these accidents happen, the laws designed to protect pedestrians, crucial issues of insurance coverage and medical care and rehabilitation.

What types of pedestrian accident cases can we assist with? 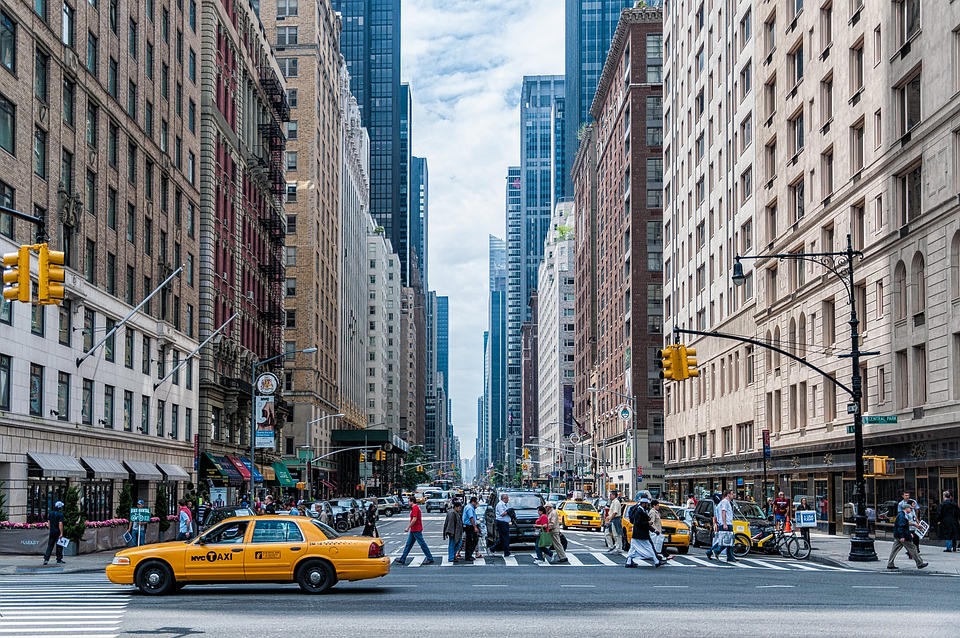 Why you can trust De Caro & Kaplen, LLP with your New York pedestrian accident case 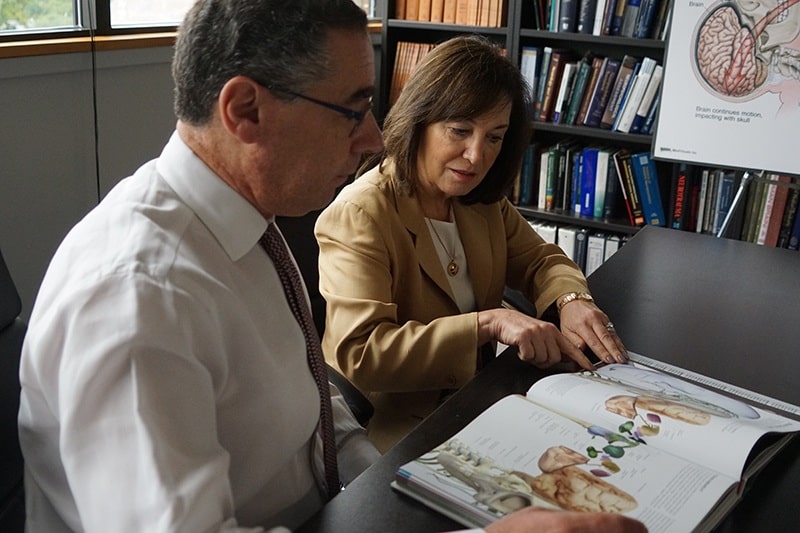 Choosing an attorney to represent you for your pedestrian accident is an important decision.  Because of his knowledge and experience in representing individuals injured in vehicle crashes, our partner, Michael Kaplen was selected by his peers throughout the nation to be chair of the Motor Vehicle Accident Section of the American Association for Justice. Brain injuries frequently result from these unfortunate incidents.  Our partner, Shana De Caro is chairwoman of the Brain Injury Association of America and was elected by her peers to chair the Traumatic Brain Injury Litigation Group of the American Association for Justice.

The personal injury attorneys at De Caro & Kaplen, LLP understand that cars, buses, or trucks making turns must respect the rights of individuals crossing the street and wait for them to be clear of danger.  With over 40 years of representing victims of these accidents, we take all steps necessary to protect your rights.  We obtain photographs of the road and intersection, interview witnesses, canvass the area to determine if your accident was captured on video, retain the services of an accident reconstruction expert to show the offending vehicle had sufficient time and distance to stop before hitting you.

Our client was crossing a major intersection in Manhattan within the crosswalk.
A pick-up truck making a left turn into the avenue failed to observe and struck our client, causing her to fall, strike her head, and ultimately die from her injuries.
De Caro & Kaplen, LLP was able to prove that the vehicle operator could have avoided striking our client had he been paying proper attention.
Our efforts resulted in the payment of several millions of dollars to resolve this claim.

Pedestrian injuries and deaths continue to rise in New York City. According to research from The New York Times, on average, 1 pedestrian is killed every 3 days by a car in the City.

Between January and September 2021, at least 189 people — including 87 pedestrians and 12 cyclists — were killed by crashes on New York City streets, the highest number recorded in the period since 2013.

This is despite efforts on the part of the City of New York (termed “Operation Zero,”) designed to increase pedestrian safety. New safety measures include:

In New York City, the conduct of motorists and pedestrians is governed by NYC Department of Transportation Rules.

These rules provide that motorists must

Pedestrians also have responsibilities and the NYC Traffic rules provide that:

Other New York City and New York State Rules of the Road provide that motorists must:

A motorist must always  exercise due care. Notwithstanding other provisions of the NYC Traffic rules, the operator of a vehicle shall exercise due care to avoid colliding with any pedestrian (Section4.04[d]).

What rights do pedestrians have in New York when crossing a street or road?

Pedestrians have the right of way when crossing the street within a crosswalk at an intersection. Drivers must yield the right of way to pedestrians when crossing at an intersection. Drivers are always required to pay attention to the road and driving condition, keep a lookout for pedestrians, sound their horn to alert a pedestrian to danger, and always maintain a speed appropriate for the conditions regardless of the posted speed limit.

What is the speed limit in New York City?

Although the maximum speed limit for driving in New York City is 25 miles per hour. In school zones, the maximum speed is 20 miles per hour. The law requires speed to be adjusted for road conditions, and visibility. Therefore, when a road is wet, slippery, contains ice or snow, speed must be reduced to account for these conditions to enable drivers to timely slow down or stop.

How frequently are pedestrians killed in New York City when crossing a street or roadway?

According to the latest statistics, in the year 2021, 115 pedestrians were killed while crossing a street in New York City.

What are the common causes of driver negligence causing a vehicle to strike a pedestrian?

A driver can be negligent in many ways, but here are a few common examples where a negligent driver could injure a pedestrian:

How long can you wait to sue for injuries sustained when struck by a motor vehicle?

What is the Vision Zero campaign in New York City?

Vision zero is a safety campaign in New York City to reduce the risk of a pedestrian being struck by a motor vehicle. The campaign recognizes most pedestrian accidents with a car, bus, or truck are preventable if proper precautions are taken.  The campaign seeks to educate motorists on safe driving, increase enforcement of vehicle and traffic laws, and redesign intersections for increased safety.  Because of the campaign, new safety measures were instituted in New York City to reduce injuries and death, including reducing the speed limit from 30 miles per her to 25 miles per hour, and to 20 miles per hour in school zones; installation of cameras at intersections and roadways to records motorists failing to obey traffic controls and speed limits; fining motorists who fail to obey speed limits and traffic control devices; and redesigning and marking crosswalks.

Because of the increasing number of serious and fatal accidents between persons crossing a street and motor vehicles, the City of New York initiated a study to examine the causes of these events.  Here are important findings from the safety study:

What common injuries occur because of being struck by a motor vehicle?

Other injuries include facial injuries, scaring, disfigurement and dental injuries.

What damages and compensation are recoverable by a pedestrian struck by a car, truck, or bus?

In New York State, a pedestrian suffering any fracture, disfigurement or a permanent impairment or loss of function to a portion of their body can recover for their pain and suffering, disabilities, disfigurement, loss of enjoyment of life, medical and hospital care, and loss of earnings, past, present, and future.

What should a pedestrian do it they are struck by a motor vehicle, truck, or bus?

If you can physically do so, obtain contact information for any witnesses including their names, addresses, email addresses, and telephone numbers.

It is important to obtain the name, address of the person operating the vehicle and the license plate number of the vehicle.  If police arrived at the scene, the police accident number and police report are essential.

How are a pedestrian’s medical bills paid for any necessary hospitalization, medical care, rehabilitation, or medication?

New York State has a no-fault insurance law that requires every vehicle insurance policy to have coverage for medical expenses and for loss of earnings.  These bills will be paid for by the insurance coverage of the vehicle that struck you without regard to fault. 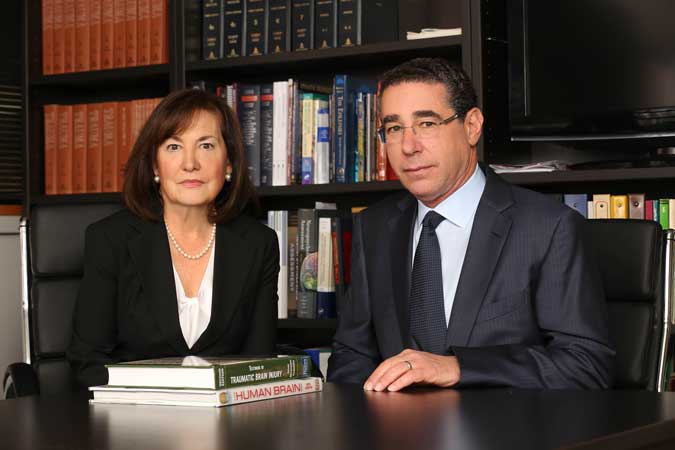 De Caro & Kaplen, LLP receives no fee for our legal work unless we obtain a settlement or favorable verdict on your behalf. That means you can afford competent legal representation without any out of pocket costs.

Were you or a loved one hurt in a pedestrian accident in New York? Don’t wait to see justice served. Contact De Caro & Kaplen, LLP today.