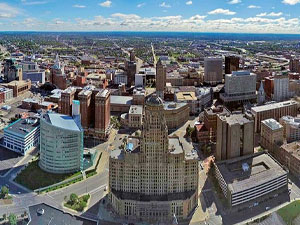 Were you injured in a car accident in Buffalo that wasn’t your fault? Our New York car accident lawyers can help you get the justice and compensation you deserve.

According to NYS Department of Health data, an average of 23 individuals are hospitalized each month after involvement in a traffic-related crash on Buffalo and Erie County roadways.

De Caro & Kaplen, LLP, have been helping car accident victims in Buffalo, Erie County, and throughout New York State for over 30 years. No matter the circumstances of your accident, we’re ready to assist with your case.

In the same year, almost 10% of accidents in the County were speed related, while 2.9% were alcohol related.

De Caro & Kaplen, LLP, can represent all individuals involved in Buffalo car accidents, whether they are occupants of the vehicle, motorcyclists, pedestrians, or cyclists.

Seat belts can significantly reduce the risk of serious injury in car accidents.

According to the NYS Department of Health, occupants who did not wear a seat belt were three times more likely to require hospitalization following an accident on Buffalo and Erie roadways (2014).

The risk of serious injury was also three times higher, while the risk of traumatic brain injury was doubled.

In 2014, at least 2.7% of occupants involved in vehicle collisions in the County were unrestrained.

According to City-Data.com, car accidents caused 17 fatalities in the city of Buffalo in 2017.

Our Buffalo Car Accident Lawyers Are Ready To Help

No matter the circumstances of your accident, our highly experienced Buffalo car accident lawyers are ready to represent you. And as we work on a contingency basis our fee is completely dependent on successfully recovering compensation for you.

Please get in touch and allow us to help you get the compensation and justice you deserve for your Buffalo car accident.