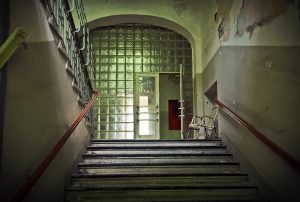 New York State and its numerous villages,  towns, cities, and counties may be responsible for your personal injuries, brain damage or the death of a loved one. If these injuries or death are the result of government negligence, including acts of government employees, failure to maintain buildings, sidewalks, bridges, streets and highways, or medical malpractice, then we can assist you to obtain just and proper compensation. 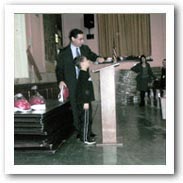 The government can be held responsible for its negligent conduct

Every year, thousands of people are injured because of government negligence. Substandard streets, broken sidewalks, poorly designed and improperly maintained roadways are potential hazards. Some are hurt because of police misconduct or medical malpractice at City, County, and State hospitals. Government employees cause injury through their own negligence while operating cars, buses, or trains. In all of these cases, the government is responsible and municipal liability law is applicable. New York City, New York State, or any City, County, Village, or Town can be held responsible for its negligence with the help of an experienced attorney.

The New York lawyers at De Caro &Kaplen, LLP understand how the government may be responsible for your injuries. We can assist you and prove that your fractures, spine injury or brain damage was caused by this negligence.

You need to retain an attorney without delay

The personal injury lawyers at De Caro & Kaplen, LLP know that when it comes to municipal liability law, special rules limit and restrict your right to bring a lawsuit against the government or its employees unless you file certain papers, called a Notice of Claim very quickly after your accident takes place. Even after this special notice has been filed, you must act within a shortened period to begin the suit. Unlike suits against companies and people outside of government, if BOTH steps are not accomplished timely and properly you will lose your right to sue.

Our personal injury lawyers at De Caro & Kaplen, LLP have been representing clients in lawsuits for accidents and medical malpractice resulting in brain trauma or other personal injury against the City of New York, the State of NY, the Health and Hospital Corporation, the NYC Transit Authority, the Port Authority, Metro North, Long Island Railroad, and various counties, towns and villages for over the past 40 years. We are familiar with the notice and time requirements and are prepared to act immediately to protect your rights!

We have successfully represented clients who sustained traumatic brain injuries and other physical injuries because of government negligence in many different situations.

For over 30 years we have investigated and successfully prosecuted serious and sometimes fatal accidents on our streets, bridges and highways. In one case, a passenger traveling in a car on a highway was injured when the driver was cut off. The driver lost control  and went across the roadway into oncoming traffic and was struck by another vehicle. This accident resulted in significant physical injuries and a traumatic brain injury to our client. A careful review of the highway where this accident occurred revealed that a guardrail was missing in the median of the roadway. De Caro & Kaplen, LLP brought a lawsuit against the State of New York for poor highway design. Michael Kaplen and his partner Shana De Caro obtained a substantial verdict against the State of New York for highway negligence in the design of the highway.

In another case, a car left the road because of poor drainage and an improper shoulder drop off. We were able to prove that injuries our client sustained in this accident were the result of poor government planning and poor highway maintenance.

Broken and Unsafe Sidewalks and Streets

NYC and the towns and villages in New York State are responsible for the proper upkeep and maintenance of their sidewalks, streets and highways. In cases of accidents caused by broken or cracked sidewalks, improper street openings,  pot holes, flooding conditions, and faulty repairs, we have successfully represented the rights of the accident victim under municipal liability law.

We have successfully brought lawsuits for persons injured when a sidewalk was cracked and went unrepaired for a long period despite legal notice of the dangerous condition. In another municipal liability case, a man was injured when he tripped over a piece of metal sticking out from the sidewalk after a street sign was removed, resulting in a fractured ankle. We represented a driver who lost control of his car and was propelled into a tree because the road was flooded from an improperly cleaned catch basin. In each of these cases, a careful examination of the accident scene and consultations with our experts helped prove government liability.

While the police are there to serve and protect, unfortunately there are some officers that abuse their authority and power, inflicting injury upon innocent people. We have handled cases in which police failed to follow proper procedures, as well as cases for clients who were wrongfully arrested and imprisoned as a result of police misconduct. In some cases clients suffered serious brain trauma or other injuries due to unreasonable and unnecessary physical force.

We represented a young girl and her father who were innocently driving on a quiet street when a New York City police chase went awry causing the chased vehicle to run into their car. This violated  NYC police department regulations. In these municipal liability cases, we have retained honest police professionals to examine and review the conduct of the officer and the police department and assist us to insure that justice is done.

Hospitals operated by the New York City Health and Hospital Corporation, counties and the State of New York sometimes fail to provide proper care to their patients. The doctors, interns, residents and other personnel in these hospitals are all employees of the government and lawsuits can be brought for the medical malpractice and medical negligence of the doctors, interns, residents and nurses in these facilities.

We have handled cases against  hospitals operated by the New York City Health and Hospital Corporation for orthopedic mishaps, anesthesia errors, neurosurgical malpractice, and failures in obstetrical care and delivery. In each of these New York City medical malpractice cases, we were able to hold the hospital responsible for the acts of its doctors, interns, residents, and nurses who worked there.

Police officers, sanitation truck drivers, operators of fire engines or other city or municipal vehicles are responsible for their safe operation like any other driver. Government  vehicles are obligated to follow the rules of the road and some special regulations. In situations when unsafe and careless driving results in injury, we have successfully brought personal injury lawsuits on behalf of our clients due to government negligence.

The personal injury attorneys at  De Caro & Kaplen, LLP  successfully proved that a police car ran a red light causing brain trauma to the occupant of a taxi cab that was struck. We’ve also proven that a sanitation truck made an improper turn, striking a car in an adjoining lane of traffic. When a pedestrian was struck by a city vehicle while crossing the street, we proved driver inattention as the cause.

We are proud that our partner Michael Kaplen obtained a record setting verdict against the New York City Transit Authority for a bus accident causing traumatic Parkinson’s disease to his client.

Under municipal liability law, school districts and the New York City Board of Education are responsible for injuries sustained in the school yard or in the school building due to defective and faulty equipment and improperly maintained school grounds. The school is responsible for teachers who take advantage of their students by inflicting physical and sexual abuse. We have had the distressing task of representing students who have been victims of abuse by teachers and who have been injured in school yards because of broken playground equipment and in classrooms from poorly maintained buildings.

When the city or town owns or operates a housing project or an apartment building, it is treated no differently than any other landlord. The housing authority is responsible for the proper maintenance of the inside and outside of the housing project and for making proper repairs within apartments. When it fails to act responsibility and injury results, we have commenced legal action for the resulting injury.

No Fee Unless We Are Successful

We will represent you in your municipal liability lawsuit against the government on a contingency fee basis. This means that no fee is due to our law firm until the conclusion of the case based upon any recovery that we receive for your brain trauma or other personal injury. If no recovery is received, then you owe us nothing.

We represent victims in New York City and throughout New York State, handling cases in Brooklyn, Bronx, Manhattan, Staten Island, and Queens as well as the surrounding counties of Nassau, Suffolk, Rockland, and Westchester. We also handle cases in other regions of New York including Albany, Buffalo, Rochester, Syracuse, and adjoining areas.

For a free, no obligation legal consultation regarding your lawsuit against the government, contact a New York personal injury attorney at De Caro & Kaplen, LLP. Call us toll free at 1 (866) 272-4652

With over 40 years experience in personal injury law, we help our clients get the justice and compensation they deserve. Our attorneys have the passion and persistence to take on any personal injury case in New York—and win.
t: (866) 272 4652
e: help@brainlaw.com

$4,250,000 wrongful death award to the family of a construction worker securing a crane’s load who was electrocuted and killed when a crane struck an overhead power line
$3,700,000 settlement for sexual discrimination
$1,900,000 settlement for a bridge painter who fell and sustained a fractured ankle because he was not provided with a safety harness
$1,000,000 pre-trial settlement for burns received when a non-flame retardant nightgown caught fire