What Are Burn Injuries?

A burn injury is defined as damage to the skin or soft tissue, caused by:

Burns are classified as first, second or third-degree, depending on how deep and severely they penetrate the skin surface (see classification and stages). The treatment for a burn is influenced by its degree.

Burn Injuries In The USA: Statistics

The World Health Organization report that over 410,000 burn injuries occurred in the US in 2008, with approximately 40,000 of these injuries requiring hospitalization.

Burn injuries are among the most common forms of household injury in the USA, with 73% of burns occurring in the home. 8% of burns occur in the workplace.

According to the American Burn Association, fire and flame is the most common cause of burn injury (43%), with scalds (caused by liquids) second at 34%. 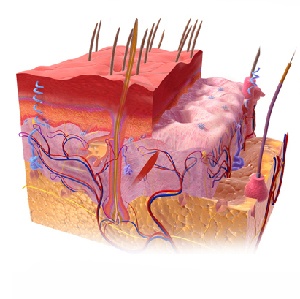 First degree burns are superficial, in that the burn only affects the outer layer of skin (known as the Epidermis).

They are not normally serious, and will generally heal on their own without requiring medical attention.

Note however that if the burn site is particularly large or painful, an examination may be required. If in doubt, always seek professional medical advice.

The first degree burn site will often be red, painful and dry. You may also experience some localized swelling, but this should be mild.

Some peeling of the skin may occur as the burn heals, and is not generally a cause for concern.

Any blistering of the burn site would be indicative of a deeper burn and should be examined by a medical professional.

Risk of first degree burns can be minimized by:

Most first degree burns can be treated at home and will not require a visit to the Emergency Room.

First aid should involve cooling down the burn site with a cold press. This will help to reduce pain and swelling.

A first degree burn will normally heal in around 5-10 days. 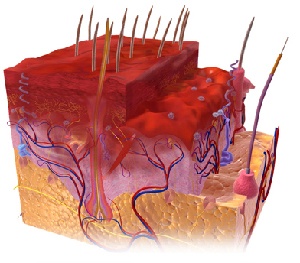 Second Degree Burns penetrate the skin surface and involve the next layer of skin tissue, known as the dermis.

The burn site is often red, blistered, swollen, and painful.

These burns are frequently caused by scalding injuries from hot fluids, flames, and brief skin contact with a hot object.

A second degree burn will tend to be swollen more severely than a first degree burn, and is more likely to blister.

While the burn area will most commonly be red, it may also appear white, or discolored in an irregular pattern. You may also notice that the burn site is wet or shiny in appearance.

The burn area will generally be painful to touch.

There is some crossover between the causes of first degree burns, however, a second degree burn is a more serious injury.

As with first degree burns, caution and care when dealing with hot items or liquids can help to mitigate risk.

Second degree burns will normally require medical assessment. Although in many cases they will heal on their own without intervention.

It is important to keep the burn area clean and protected during the healing stage.

You physician is likely to prescribe antibiotics if they believe there is a risk of infection, which may be in the form of an ointment to be applied directly to the wound.

Recovery time for a second degree burn will generally be 2-3 weeks. 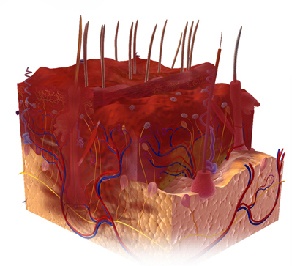 Third Degree Burns are deep burns that destroy the outer and inner skin protections. In these burns the epidermis and dermis tissue is destroyed.

Oftentimes in a third degree burn in addition to skin damage, bones, tendons, and muscles are also injured. The skin appears to be white or charred.

Note however that if nerves have been completely destroyed, the area may also be painless.

Like second degree burns, third degree burns are frequently caused by a scalding liquid, skin that comes into contact with a hot object, flames, and electrical or chemical contact.

If you suffer from a third degree burn you should seek immediate medical attention.

Treatment for third degree burns will depend on:

There is no specific recovery time for a third degree burn. Recovery will be dependent on the factors above and the treatment undertaken.

Depending on the background to your burn injury, you may be entitled to financial compensation (see legal assistance).

These burns are caused by flames, contact or coming into close proximity with heat from fire, steam, hot liquids or other hot objects.

These burns are caused by skin contact with caustic chemical substances.

These burns are caused by electric current, lightning, electricity, or electrocution.

These burns are frequently caused by ultraviolet rays from the sun and nuclear sources. 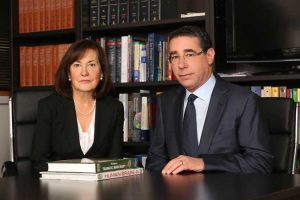 The New York burn injury lawyers at De Caro & Kaplen, LLP will represent you for your burn injury on a contingency fee basis.

This means that no fee is due to our law firm until the conclusion of the case based upon any recovery that we receive for your burn injury.

If no recovery is received, then you owe us nothing.

For a free, no obligation legal consultation regarding your burn injury, contact a New York burn injury lawyer at De Caro & Kaplen, LLP. Call us toll free at 1 (866) 272-4652.

We represent burn victims in New York City and throughout New York State. We can work with you on your burn injury case in Brooklyn, Bronx, Manhattan, Staten Island and Queens as well as the surrounding counties of Nassau, Suffolk, Rockland and Westchester. We also handle burn injury cases in other areas of New York including Albany, Buffalo, Rochester, Syracuse, and adjoining areas.