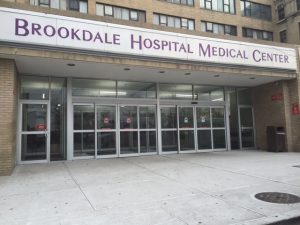 Our partners Michael Kaplen and Shana De Caro have over 40 years' experience representing individuals who have suffered injury or death as a result of physician, surgeon, or hospital malpractice.

And our attorneys have successfully advocated for Brooklyn residents in cases involving:

We work on a contingency basis, which means you only pay a fee if we are successful in receiving compensation for your injuries. There are no up-front costs for you to pay.

How Common Are Medical Malpractice Cases In Brooklyn?

We contacted the New York State Office of Court Administration to obtain statistics on the number of medical malpractice cases filed in each county of the City of New York.

The chart below shows the annual number of filings related to medical malpractice in Kings County (Brooklyn).

According to the New York State Office of Court Administration there were a total of 5,358 medical malpractice cases filed in Brooklyn between 2011 and 2018. This is an average of 670 cases per year in the borough.

The data also revealed that Brooklyn was the New York borough with the highest number of medical malpractice cases over the same period:

Almost 32% of NYC medical malpractice cases were filed in Brooklyn, which is slightly higher than the percentage of New Yorkers who live in the borough (30.7%).

Figures are not currently available for the number of medical malpractice cases pursued against individual hospitals in Brooklyn. However, below we have collated performance statistics for 3 of the major hospitals in the borough (NYC Health & Hospitals, New York-Presbyterian Brooklyn Methodist Hospital, and Brookdale Hospital Medical Center), which were published by the New York State Department of Health. These include: 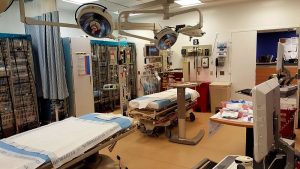 Non-cardiac surgery related deaths at Kings County Hospital in Brooklyn were 35% higher than the national average, but only slightly above the average for New York state.

The hospital performed poorly with regard to the number of complications reported, 67% higher than the national average.

And performance was also poor for patient waiting times, with an average Emergency Department (ED) wait of 82 minutes before assessment by a healthcare professional.

Patient satisfaction at the facility was very low, with almost 4 out of 10 patients unhappy with their experience at the hospital. Nationally, there were only 36 facilities (out of 4221) which recorded lower patient satisfaction.

However, there were only 0.1 complaints received per 10,000 patient days, which is half the state average. 27.3% of complaints were substantiated. 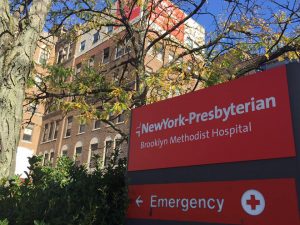 The New York-Presbyterian Brooklyn Methodist Hospital performed acceptably on most factors, with only the number of complications being classed as poor.

While the number of non-cardiac surgery related deaths at the hospital was 19% higher than the national average, the figure was low enough for the hospital to classed as a high performer in New York State.

Complications were 15% higher than the national average, which (as noted above) was assessed as poor.

At 30 minutes, wait times at the New York-Presbyterian Brooklyn were only 2 minutes higher than the state average (28 minutes), giving the hospital an average rating.

And 67.5% of patients were satisfied with their experience at the facility, which is within the normal range.

The hospital also received a low number of complaints, with just 0.1 complaint lodged per 10,000 patient days. 22.2% of complaints were substantiated, which is lower than the state average (26.8%)

Non-cardiac surgery related deaths at Brookdale Hospital Medical Center were 27% higher than the national average, but several points below the average for New York State.

While complications at the hospital were 5% below the national average.

Emergency Department timeliness was rated poor, with an average patient wait time of 59 minutes prior to assessment by a healthcare professional. This was more than double the average wait time in New York state (28 mins).

And patient satisfaction was low, with just 61.67% of patients reporting that they were satisfied with their experience at Brookdale.

This may have contributed to the high number of complaints received, which at 0.7 per 10,000 patient days was more than 3 times the state average. 19.2% of complaints were substantiated.

Which Areas Of Brooklyn Do We Cover?

Which Brooklyn Hospitals Can We Accept Medical Malpractice Cases Against?

We can accept medical malpractice cases against all Brooklyn hospitals, including:

Our firm assists individuals who have been injured as a result of negligence by healthcare providers in Brooklyn and throughout New York State.

Please get in touch and allow us to help you get the compensation and justice you deserve for your medical malpractice case.