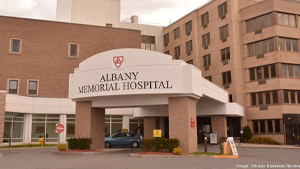 Did you or a loved one suffer injury as a result of negligence by a healthcare professional, medical facility, or hospital in Albany? Our Albany medical malpractice lawyers can help you get the justice and compensation you deserve.

Our partners Michael Kaplen and Shana De Caro have over 40 years’ experience representing individuals who have suffered injury or death due to professional negligence of their health care provider.

And our attorneys have successfully advocated for Albany residents in cases involving:

We work on a contingency basis, which means you only pay a fee if we are successful in receiving compensation for you.

We have collated performance statistics for 3 of the major hospitals in Albany (Albany Memorial Hospital, Albany Medical Center, and St. Peters Hospital), which were published by the New York State Department of Health. These include:

Ratio compared to the national average of 1.0 (lower is better) 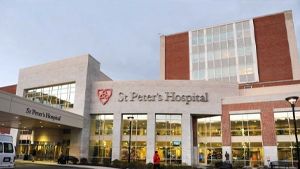 Ratio compared to the national average of 1.0 (lower is better)

However, Albany Medical Center was above both the state and national averages for complications. 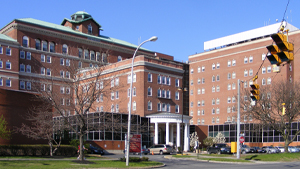 Ratio compared to state average of 1.0 (lower is better)

Albany Medical Center had 25% more surgical infections than the statewide average, and a ratio 40% higher than Albany Memorial Hospital.

St. Peters Hospital had the lowest Emergency Department wait time prior to assessment by a medical professional, with an average wait of 116 minutes (37 minutes less than the state median).

However, Albany Medical Center, and Albany Memorial Hospital both had longer wait times than the median for New York State.

Albany Memorial Hospital and St. Peters Hospital both scored highest for patient satisfaction, with 68.33% of patients satisfied with their experience.

Albany Medical Center was slightly lower, with 66.67% of patients surveyed expressing satisfaction with their experience at the hospital.

In the same period Albany Medical Center received 0.3 complaints per 10,000 patient days. 14.7% of allegations were substantiated.

St. Peters Hospital had the lowest ratio of complaints (0.1 per 10,000 patient days), with no substantiated allegations.

Our firm helps individuals who have been injured as a result of negligence from healthcare providers in Albany and throughout New York State.

Please get in touch and allow us to help you get the compensation and justice you deserve for your Albany medical malpractice case.