Brain Injury Lawyers In The Bronx 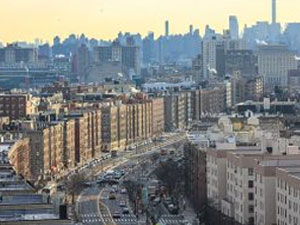 Did you suffer a traumatic brain injury in the Bronx?

You are not alone.

Every brain injury is different. But regardless of the circumstances of your injury, if another party was at fault, our Bronx brain injury lawyers will help you get the justice and compensation you deserve.

With over 40 years experience advocating for brain injury survivors, our partners Shana De Caro and Michael V. Kaplen have a unique understanding of the complexities of brain injury law.

And unlike many brain injury law firms we are fully prepared to go to court to ensure you receive full and fair compensation for your brain injury.

Watch the video below to find out how we prove TBI in court.

How Common Are Traumatic Brain Injuries In The Bronx?

Below we have collected information on the following:

Between 2012 and 2014 there were an average of 9,658 TBI related Emergency Department visits each year in Bronx County.

This made The Bronx the New York borough with the third highest total number of TBI related ED visits. 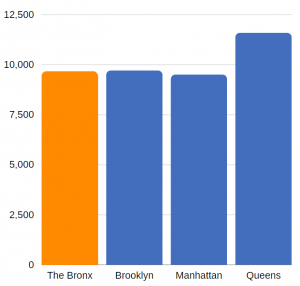 However, when adjusted for population, The Bronx had an average of 679.3 TBI related ED visits per 100,000 residents — the highest of all four major New York counties. 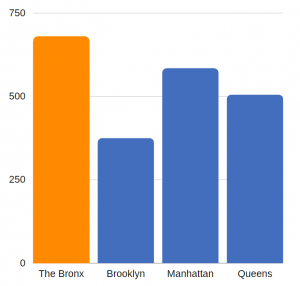 Between 2012 and 2014 there were an average of 1,639 TBI related hospitalizations each year in Bronx County.

This made The Bronx the New York borough with the third highest total number of TBI related hospitalizations. 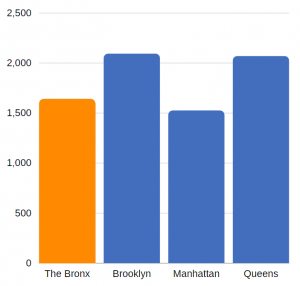 However, when adjusted for population, the Bronx’s average of 115.3 hospitalizations per 100,000 residents was the highest of all four major New York counties. 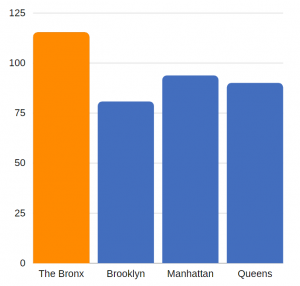 Between 2012 and 2014, an average of 149 deaths each year in The Bronx were attributed to traumatic brain injury.

Again, this was the third highest total of the major New York counties, but the highest when adjusted for population.

Indeed, Bronx County’s average number of TBI related deaths per 100,000 residents was almost 13% higher than Queens, the county with the second highest population adjusted average (10.5 vs 9.3). 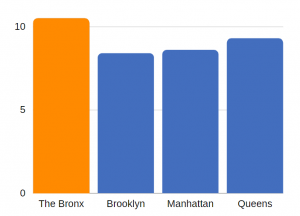 TBI related deaths in The Bronx (per 100K population)

Support For Brain Injury Survivors In The Bronx

Below we have curated a selection of resources and facilities for traumatic brain injury survivors in The Bronx.

The Family, Advocacy, Counseling and Training Services Program (FACTS) for Brain Injuries sustained before the age of 22:

Which Areas Of The Bronx Do We Cover?

De Caro & Kaplen help individuals in the Bronx who have suffered a TBI receive full and fair compensation for their injuries.

It’s why we’re known as The Brain Injury Law Firm®.

Our highly trained, experienced, and compassionate brain injury lawyers will guide you through the process from start to finish.

And as we work on a contingency basis, there are no up-front costs when you hire us. Our fee is completely dependent on successfully recovering compensation for you.

Please get in touch today for your free consultation.